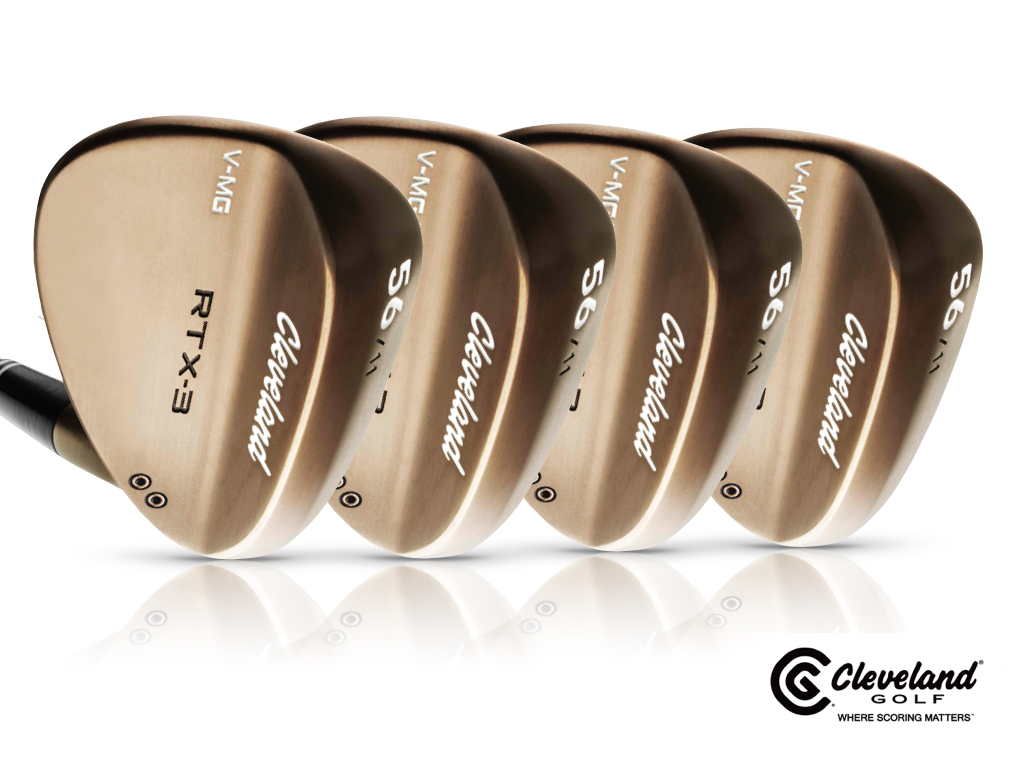 No one focuses on the short game like Cleveland Golf.

We create innovative solutions that improve your short game, and nobody has done it better than we have.

We are proud to have sold more than 10 million wedges all over the world.
We are committed to helping golfers of all skill levels score better by manufacturing advanced, properly designed scoring clubs.

Since Cleveland Golf changed the game with the iconic 588 in 1988, our wedges have:

– Played by 11 World No.1 ranked golfers 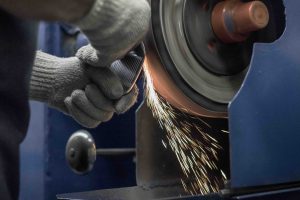 The raw Tour Satin head is polished to the exact shape specifications. 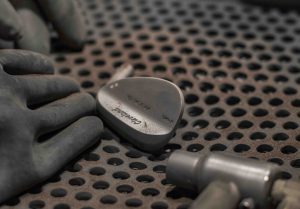 Following the polishing process the head is sand blasted. 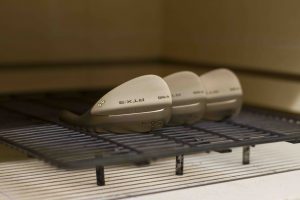 The wedge head is place into the oven for
Clevelands Golf`s proprietary heat treatment
process. 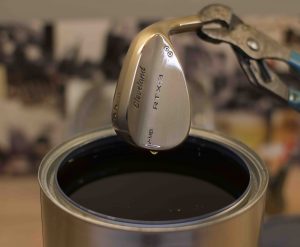 Once the treatment is complete, each wedge head is dipped fully in an “oil quench” finish for the rich appearance and added layer of protection over the raw head material. This limits any rusting before the wedges arrive to the customer.

Tempering is a process of heat treating, which is used to increase the toughness of iron-based alloys. Tempering is usually performed after hardening, to reduce some of the excess hardness, and is done by heating the metal to some temperature below the critical point for a certain period of time, then allowing it to cool in still air. The exact temperature determines the amount of hardness removed, and depends on both the specific composition of the alloy and on the desired properties in the finished product.

We also use this technique to achieve the distinctive look of the RTX 3 RAW Wedges, but for a different purpose.

If steel has been freshly ground, sanded, or polished, it will form an oxide layer on its surface when heated. As the temperature of the steel is increased, the thickness of the iron oxide will also increase. Although iron oxide is not normally transparent, such thin layers do allow light to pass through, reflecting off both the upper and lower surfaces of the layer. This causes a phenomenon called thin-film interference, which produces colors on the surface. As the thickness of this layer increases with temperature, it causes the colors to change from a very light yellow, to brown, then purple, then blue. These colors appear at very precise temperatures. The RTX 3 RAW Wedges have been tempered in an oven to the exact temperature of 226° (439°F), for an hour each to achieve this outstanding finish. It will only start to rust once the Wedges are played and then develop its individuell character.

Please find the latest info on the embargo dates below:

NEW Feel Balancing Technology – this patent-pending technology shifts the centre of gravity closer to the middle of the wedge face, decreasing vibration and maximising head stability at the point of impact. This new level of consistency and stability has been achieved by adding micro-activity inside the hosel, and shortening the hosel meaning nine grams of mass are optimally redistributed in the head for a more centred CG location. This improves feel and tightens shot dispersion, giving you maximum control around the greens.

NEW V Sole Grinds – three tour-proven grinds feature in a V shape with more leading edge bounce to help get the club head through the turf faster, and with less resistance at impact. Promoting a crisper feel and more consistent head speed for increased spin and control. The V-LG (•) is Cleveland’s narrowest low bounce sole for maximum versatility, the V-MG (••) has mid bounce suitable for a wide range of players and turf conditions, and the V-FG (•••) is a forgiving full sole design with trailing edge relief.

NEW Rotex Face – to maximise with even more consistency, three new innovations have been combined. New Tour Zip Grooves have a deeper narrower U shape edge radius in all lofts to enhance contact across a wide variety of conditions. The advanced, 2-pass micro milling pattern increases friction and is directionally enhanced by loft. For example 46°- 52° have a straighter pattern to accommodate full shots and high lofts 54°- 64° have a more angled pattern to optimise open-face shots. Cleveland’s proven laser milling precisely roughens the face to the conforming USGA limit, allowing golfers the maximum amount of spin possible.